When we started Northwest our mission was to manufacturer embroidered patches and apply them to caps. Caps in 1977 didn’t have a lot of different styles to choose from the cap we primarily sold was a high crown foam lined caps. We called it our “Elmer Fudd” cap. 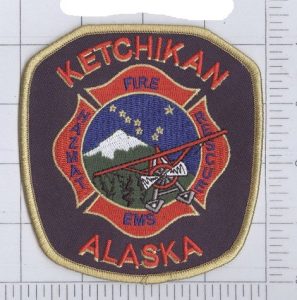 We sold a lot of caps in those days because heavy equipment, fertilizer and construction companies realized this was an excellent way to promote  their product.  Their market did not read trade publications. Think how many Cat caps are out there.

It has been shown that a logoed cap will be seen by at least 4,000 eyeballs before it makes it way to the closet. Actually logo caps end up as collectables.

What is popular now is the trucker cap. The trucker cap is actually the old “Elmer Fudd” cap that we sold in the early 80’s. The decoration on the cap is now a nice clean embroidered patch or a printed patch. The printed patch actually will allow more detail into the design and this is an excellent alternative when someone wants it fast and loaded with detail. NW Custom Apparel can manufacturer printed patches and deliver them in less than 72 hours.

Other options we offer for patches is to back them with heat seal. This way it is not necessary to sew the patch on the caps. We use a heat seal machine and application is very vast. Another interesting way we can apply patches to caps is to apply Velcro or hook and loop backing. The military requires their patches to be hook and loop because if they are in combat they can remove their insignia before going into battle.

We use the term hook and loop because Velcro is a licensed and patent protected product.

Posted by Jim Mickelson on 8:39 pm in Embroidery